On September 29th, CT Strategies hosted the 5th Annual Roger L. Von Amelunxen Foundation Golf Tournament at Reston National Golf Course. Named after Amelunxen, a Customs Patrol Officer slain on duty in 1980, the Foundation provides financial assistance to U.S. Customs and Border Protection (CBP) employees and their immediate families. Thanks to sponsors, donations, and registrants, this year’s tournament was a record-breaking event, gathering over 180 participants and raising over $75,000 for the Foundation.

The support of sponsors, donations, and participants allows us to host this annual event, and we appreciate all who engage in uplifting such an honorable cause. We’re honored that this year’s tournament saw significant participation from several current and former CBP officials, including Executive Assistant Commissioner Pete Flores and Deputy Executive Assistant Commissioner Diane Sabatino, who shared words of gratitude for the RLVA Foundation and its supporters. Check out CBP Field Ops instagram for photos of this.

This year we partnered with the Border Patrol Foundations Honoring the Green Tournament to introduce the CBP Cup Trophy. The award honors the support of our joint missions and the best-scoring foursome across both tournaments. Congratulations to Team Quantum Vetting!

The Border Patrol Foundation raised over $90,000 to support their mission of providing relief to border patrol families whose lives have been disrupted by tragedy. Check out the moments captured at the Honoring the Green Tournament Here.

Thanks to everyone who helped to make the 5th Annual RLVAF Tournament a fantastic event. We’re looking forward to even greater success in 2023!

Sign up to get notified about next years RLVAF Golf Tournament

In addition to these sponsors, we’d like to thank International Bridge for contributing to the 5th Annual RLVAF golf tournament. 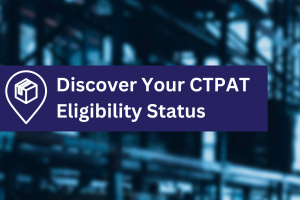 Is Your Company Eligible for CTPAT Membership?

U.S, Canada, and Mexico-based companies operating under any of the above entity types can apply for CTPAT membership. Before beginning your CTPAT application, carefully identify whether your company meets the eligibility criteria specific to your entity type. We’ve made it simple to find out. Check your company’s CTPAT eligibility status here.