Training at All Levels

Preparing operators, managers, and executives to anticipate and respond to supply chain challenges

Providing the latest available AEO information from the U.S. and around the world 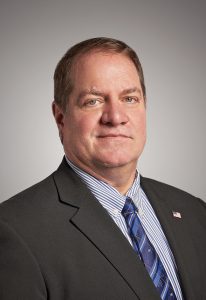 Mr. Ronald May is a supply chain security and customs operations expert with over 31 years of experience serving U.S. Customs and Border Protection (CBP) and the legacy U.S. Customs Service.

Enrolling in the U.S. Customs-Trade Partnership Against Terrorism (CTPAT) or an Authorized Economic Operator (AEO) Program provides a member with facilitation benefits and a competitive edge in branding. Ensuring that a member is receiving maximum program benefits from government while optimizing their supply chain security practices will further enhance cross-border throughput and efficiency.

The CT Supply Chain team has extensive experience developing AEO-type programs in many countries around the world, both as leaders in U.S. government and in the private sector. Program models are customized to the specifications of the local trade and risk environments.

Supply chain breaches and inefficiencies in operations can add up to cost trade stakeholders considerable time and resources. Whether the goal is to reduce theft, tampering, or smuggling; or to tackle a challenge with e-commerce, intellectual property infringement, or forced labor; risk mitigation strategies can be implemented to scale for any size operation in any mode.

The CT Supply Chain team applies many years of Customs and private sector experience to address clients’ supply chain challenges. Our team of experts has a proven track record in the following areas:

Training at all Levels

As trade flows continue to evolve so to do threats, vulnerabilities, and available solutions in the supply chain environment. These factors, along with advancing best practices, new processes, changing government policies, and innovative technologies make supply chain security strategy an ever-shifting landscape to which stakeholders must adapt.

Operators, Bookkeepers, Managers, Executives- all members of your team have a stake in the security and efficiency of your company’s supply chain. Keeping up with the latest best practices is crucial. Whether operating conveyances, managing warehouse operations, tracking records, overseeing human resources, or making strategic decisions from the top; every component of your workforce can benefit from a scalable training program led by CT Supply Chain’s highly experienced team members.

CTSC’s training opportunities, which are scalable and can be provided in English or Spanish, can include any of the following components: