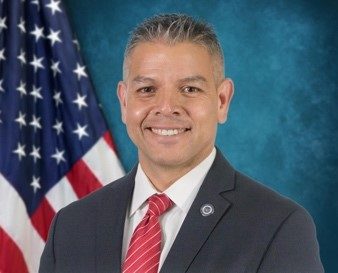 Erik Moncayo has over 25 years of Federal Government service in the areas of security, intelligence and analysis, international relations, training and employee development, and organizational design and management. He began his federal career with the U.S. Border Patrol in February 1996 in Douglas, Arizona. Mr. Moncayo most recently served as the Deputy Assistant Commissioner for CBP’s Office of International Affairs (INA), where he provided executive leadership in planning short and long-range strategies, activities, and projects with national and international impact. With Mr. Moncayo’s years of federal service in leadership positions throughout CBP, he brings extensive experience, expertise, and insights to the CT Strategies team.

Throughout his career, he successfully negotiated and expanded several noteworthy CBP and DHS initiatives. Mr. Moncayo led the creation and implementation of several station-level best practices in strategic planning, risk management, organizational leadership, and consequence delivery. He steered the design and implementation of several high-profile CBP and DHS international programs related to capacity building, information sharing, joint operations, and trade and travel facilitation. Based on his contributions to DHS mission integration and international security, he received Distinguished Service Awards from DHS, the U.S. Department of State, and the Panamanian National Border Police.