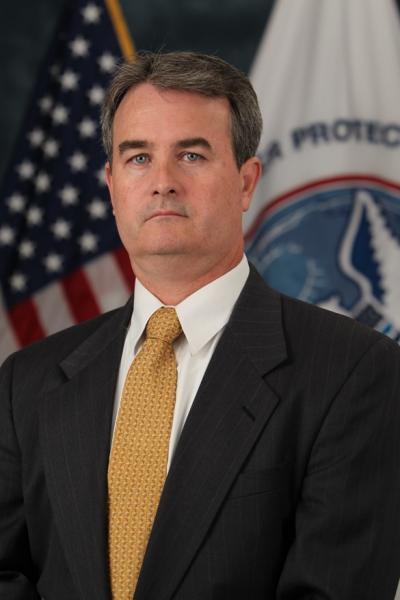 Mr. Bradd Skinner is a Homeland Security professional who is an accomplished leader, with 35 years of domestic and international experience. With over 20 years of experience with U.S. Customs and Border Protection (CBP) and Department of Homeland Security (DHS), Mr. Skinner’s areas of expertise include border security systems, trade operations and negotiations, and international investigations. Mr. Skinner is fluent in Spanish and English.

Prior to this role, Mr. Skinner served in the Laredo Field Office as the CBP Deputy Director of Field Operations and then CBP Assistant Director of Trade. In these roles, he provided leadership for subordinate staff across Border Security, Mission Support and Trade portfolios at eight land border ports of entries. He established the Non-Intrusive Inspection Training and Innovation Center and re-engineered rail processing procedures at two of the largest gateways on the U.S./Mexico border through collaboration with the rail industry and Mexican Customs.

Prior to his time in Canada, Mr. Skinner was the Director of the Customs-Trade Partnership Against Terrorism (CTPAT) Program for CBP. In this capacity, Mr. Skinner signed five supply chain security mutual recognition arrangements (MRA) with foreign Customs Administrations and laid the foundation for several future arrangements. He improved CBP’s external stakeholder communication through comprehensive training and information sessionsAdditionally, he managed the design, development, and dissemination of several new and innovative cargo security-related training products and publications used as aids throughout the world. Mr. Skinner also executed a survey of member companies to gauge their satisfaction with the Program’s activities.