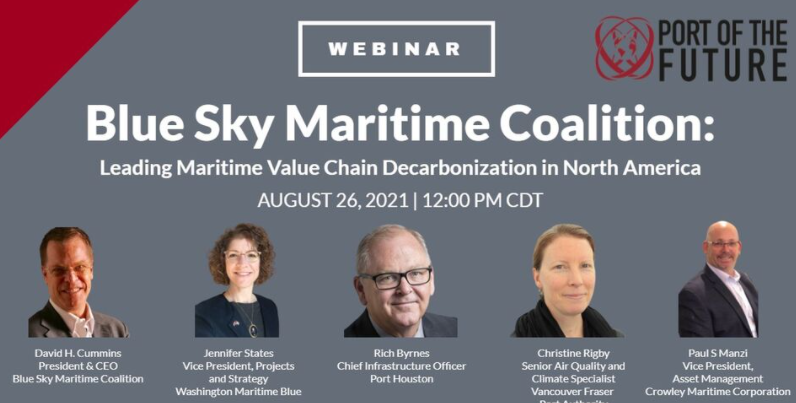 The Blue-Sky Maritime Coalition’s (BSMC) mission is to reduce U.S. and Canada maritime carbonization emissions through an innovative logistics value chain pathway. There are four working groups encompassed in BSCM. The groups focus on measurement and operational efficiencies, finance commercial and chartering, policy regulation and incentives, technology infrastructure and fuels. The Coalition is developing and executing a roadmap to viable net-zero emissions. The end results of this could be seen within approximately 5 years due to large steps being made towards reshaping ports as decarbonization hubs.

Elements to this initiative include:

BSCM recognizes that America’s Great Loop Cruise Routes have high potential for renewable-based hydrogen productions. The Great Loop is a circumnavigation of the eastern U.S., and part of Canada. The route includes the Atlantic Intracoastal Waterway, the New York State Canals, the Canadian Canals, the Great Lakes, the inland rivers, and the Gulf of Mexico.  Ships produce carbon dioxide emissions that significantly contribute to global climate change due to the usage of fossil fuels. However, marine industries, freight and logistics operators, and tugboat owners can electrify their energy demands using H2GRID, leading to reduction in intracoastal greenhouse gas emissions. The H2GRID accomplishes this by utilizing intracoastal renewable energy resources and electrolyzed generators, with hydrogen storage and distribution. The Blue-Sky Maritime Coalition has a unique focus on reducing U.S. and Canada carbon emissions whilst creating opportunity for businesses to connect on various global efforts towards the mission of reducing climate change and improving air quality across the world.

In the lead up to the 2022 Port of the Future Conference, the University of Houston is hosting a series of monthly webinars. 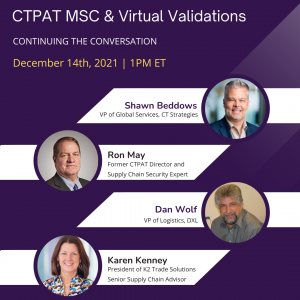