On September 27, 2018, U.S. Customs and Border Protection (CBP) awarded a $28.8 Million Indefinite Delivery Indefinite Quantity (IDIQ) contract to Heuresis Corporation for its HBI-120 handheld x-ray imaging device. Currently, CBP has issued two delivery orders under the IDIQ for Heuresis’ HBI-120 devices, totaling a little under $6 million. “We are honored that CBP has selected Heuresis to support its security mission,” said Heuresis President and CEO, Jim Ryan, according to a recent press release.
​
CBP intends on using these devices as part of its non-intrusive inspection (NII) program, which is responsible for inspecting cargo, vehicles, packages, parcels, rail cars, trucks, and containers without physically opening them to examine their contents. The program is an essential part of efficiently facilitating trade while protecting the U.S. from harmful materials and other contraband.

Why Backscatter Technology Is Important

The HBI-120 is a backscatter imaging device, meaning that it produces an image from the energy that is returned, or scattered, by x-rays interacting with objects. For the technology to work, x-rays emitted from the device need to be absorbed by an object, interact with its atoms and ionize, and then return scattered ions and low energy photons.
​
Because the energy that is returned is dependent on the object’s material composition, backscatter imagers can differentiate inorganic from organic materials. Unlike traditional x-rays scans that rely on energy passing through an object to determine its contents, backscatter images require less powerful x-rays which are absorbed more efficiently by the objects being scanned. The resulting image has photo-like qualities, depicting the contours and material composition of the object. Backscatter technology assists CBP Officers in  identifying and detecting drugs, weapons, explosives and other contraband hidden inside containers, parcels, packages, cargo, and all modes of transportation.

​Because backscatter imaging devices utilize less powerful x-rays, the devices utilizing this technology can be made to be handheld, allowing for more agile operations and the inspection of hard to reach areas. CBP Officers (CBPOs) can more easily scan small packages, small containers, and the small corners of vehicles, containers, cargo, parcels, rail cars, and other conveyances entering the country.

​The HBI-120 is a compact model utilizing backscatter technology. At under 7lbs, the HBI-120 is capable of scanning through 2mm of steel and produce full image scans within seconds. Despite its compact size, the HBI-120 stores a sufficiently powerful x-ray generator and can store locally at least 10,000 images. It is durable and can operate at very cold and very warm temperatures (-40 to 140 degrees Fahrenheit) 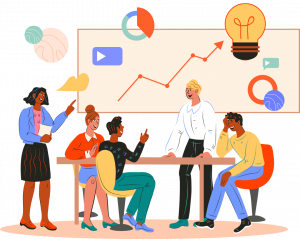 For most companies, the 12 Minimum Security Criteria (MSC) sections touch various departments, so making compliance a team effort is vital. The first step is to ensure that all key employees are aware of CTPAT requirements by having them participate in compliance efforts on a regular basis. 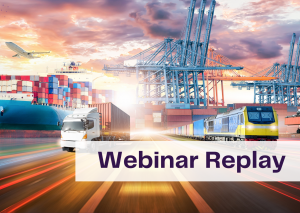 On December 8, CT Strategies hosted the Future-Proofing Your CTPAT Ecosystem webinar. The purpose of the webinar was to provide information and advice on how to cultivate an internal CTPAT compliance ecosystem for long-term success at home and abroad.

With 10 tips, the U.S. Chamber of Commerce, in partnership with U.S. Customs and Border Protection (CBP) and others, raises awareness this holiday shopping season by warning shoppers about the dangers of counterfeit goods, as well as how to avoid scams.