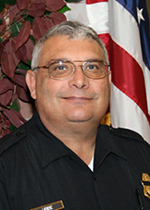 Joe Uribe is a recently retired customs operations expert with 38 years of service at three different federal agencies. His decades of service and leadership in the areas of trade facilitation, agriculture inspections, and border security add extensive and unique aspects of experience to the CT Strategies team.

From 2005 – 2015, Mr. Uribe served as Assistant Port Director at the United States’ largest inland port of entry at Laredo, Texas. While holding this post, Mr. Uribe was responsible for the processing of over $200 billion dollars in goods annually, gaining an in-depth knowledge of truck, rail, air, warehousing, and foreign trade zone operations. Mr. Uribe also held critical management positions in 2011 and again in 2013, when he was appointed as acting Port Director for the Port of Laredo. During this time he managed a staff of approximately 1,000 federal employees and oversaw the complete Passenger, Tactical and Trade operations for the port.

Prior to transitioning to CBP, Mr. Uribe served with USDA for 24 years. While serving as USDA’s Port Director in charge of the Animal & Plant Health Inspection Service in Laredo, he was responsible for all agricultural inspection operations at the port.

Mr. Uribe also served as Supervisory Plant Protection and Quarantine Officer, where he represented the USDA to foreign governments in Mexico and the Netherlands on railroad processing and agriculture export issues.

Joe Uribe began his federal career with U.S. Department of Interior, and received his B.A. in Animal Science from Texas A&M. Throughout Mr. Uribe’s career, he has developed an in-depth knowledge of critical issues in border security and provided strong, steady leadership